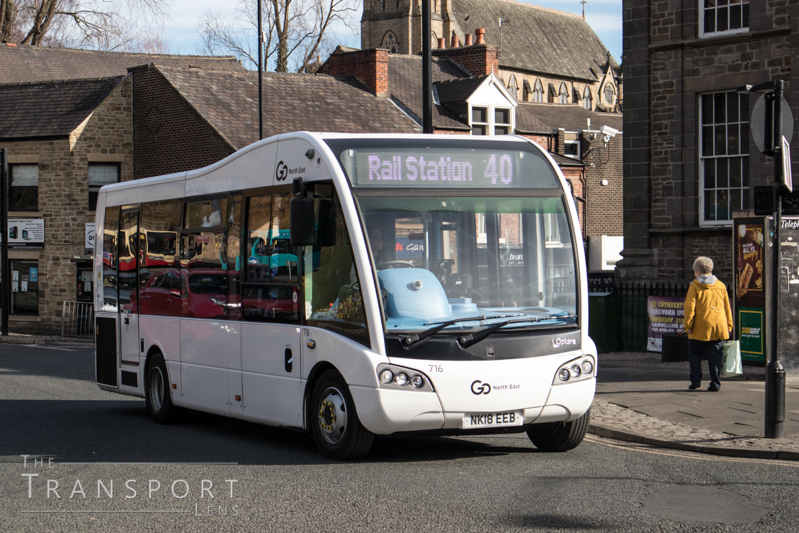 Do you have a spot which you just seem to be jinxed at? It’s becoming fairly obvious that Durham City is mine. Which is really annoying as I love Durham, it’s one of my favourite places.

For those of you who don’t know Durham, it’s a fantastic ancient city with a stunning Cathedral which sits up high looking over the rest of the compact city which the River Wear winds through. There is lots of beautiful old architecture, everything is within easy walking distance and there are plenty of places to get something to eat. All sounds great, doesn’t it? Well, there are some downsides, the huge amounts of building work going on at the moment being one of them. However, we’re interested in the buses (and possibly trains) here.

The bus station is awful. I’d use stronger language but I’m trying to be polite. It’s an awful dark, dingy, unwelcoming building built in the 1970s and whilst I’m aware architecture often isn’t appreciated the way it should be from the 20th century I honestly can’t think of any redeeming features apart from it’ll keep most of the rain off you whilst you’re waiting for a bus. It’s also incredibly unphotogenic, which is always high on my list of priorities.

So, like so many others, we tend to position ourselves at the entrance when taking photos and shooting video. This doesn’t allow you to get all the buses but most of them (mainly Go North East and Arriva although you will occasionally get a Scarlet Band etc). The station exits onto North Road and there is a spot a little way down from the station where the pavements are wide enough to stand without any hassle. At least that’s the theory. Why the theory? Because despite the ample room it’s the only location to date where I’ve actually been threatened. Not where I’ve been made to feel uneasy or anything like that, but physically threatened in a deliberate aggressive manner.

It also seems to be the place where my batteries will mysteriously go flat even when I know they’ve been charged, tripods break and in the case of last weekend, both Ian and I forget vital bits of kit (memory cards). Add in losing a scarf and the weather doing weird unforecast things you will start to get a flavour of why I’m thinking I’m jinxed shooting in Durham.

That said I did manage to get some footage and some photos last weekend. The footage is going up onto the YouTube channel and I thought I’d show you some of the photos here. Naturally, I’m not going to let what I’m thinking of as ‘The Curse of Durham Buses’ win, (honestly every time I say that it sounds more and more like a Hammer Horror movie), so I’ll be going again. I’m determined to have a good day shooting in Durham.

Do you have a jinx location? If so what’s happened to you there…