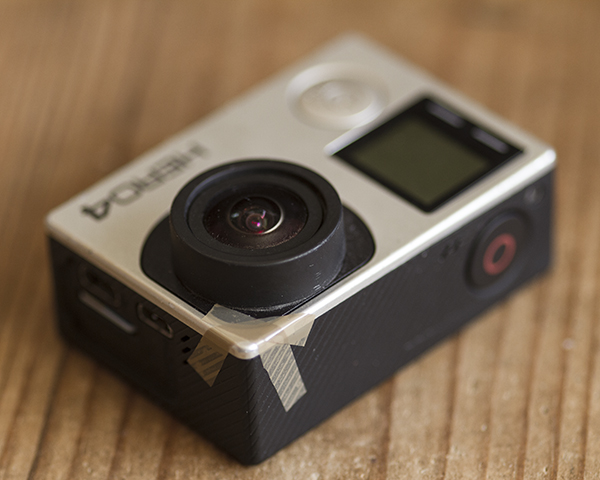 You know sometimes things just go wrong. A couple of weeks ago I went to Middlesbrough and while filming I noticed a crack in the case of my GoPro which I’ve been using to film the videos and vlogs. I had no idea if it was filmed ok or if all the footage would be ruined. Fortunately, the camera is still working but with a crack in the case right next to the lens it’s obviously in trouble.

So I decided to look at moving back to shooting with the DSLR camera that I normally use just for photographs. It’s not a camera that’s really designed for video but hey sometimes you’ve just got to work with what you have. Unfortunately, this means using a tripod to get steady shots. This led to a trip to Durham with Ian to give it a go and see how I felt about it. I suppose I should add that the set up to use this camera is much larger, heavier and cumbersome.

Forecast checked, bags packed and thermal undies put on (just in case) we headed off. I much prefer spotting trips with Ian, it’s nice to have someone to talk to. Of course, things didn’t go as planned. The forecast has been for the day to brighten from lunchtime, but that didn’t happen. The sky stayed stubbornly dark and dingy. This wouldn’t have bothered me too much with the old camera but this one I know doesn’t like gloomy conditions. Oh well, you can’t do anything about the weather.

Then the batteries I had with me started to drain at an alarming rate. Batteries only last for some many charges before they start losing their ability to hold their charge. As videoing is much more power intensive this will become more pronounced, add in the cold and you’d think I hadn’t bothered to charge them. (I had before you start wondering).

So all too quickly I was stood there in the gloom, unable to shoot any footage or even take photos, trying not to act all bored while Ian continued on with his camera taking some photographs. There is probably nothing worse than a bored photographer who can’t take any shots being forced to stand an watch others using their cameras. I did my best not to shuffle my feet and whinge, I’m not sure how successful I was though.

I managed just enough footage for a short video while in Durham which you can find here, and the hunt is now on for a new camera.

I hope your recent trips have been more successful than mine.  Take care…