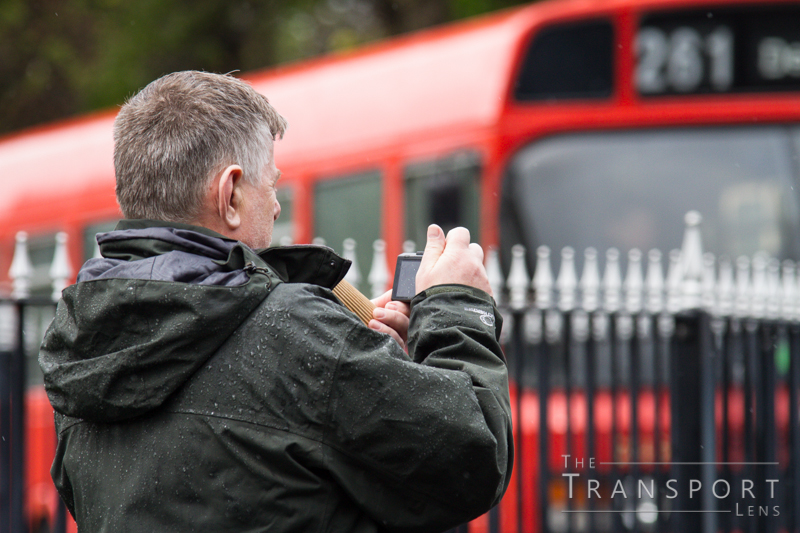 The thorny topic of where you’re allowed to take photographs of buses, and even if you’re allowed came up again recently. It’s a topic that appears to raise it’s ugly head every few months and always seems to raise peoples blood pressure. So I thought I’d do a little roundup.

The first question you need to ask yourself.

Are you standing on public or private land?

If you are standing on private land then you can only take photographs legally with permission. No ‘if’s’… no ‘buts’… no ‘I’m not causing any problems’… no ‘it’s not fair’… no ‘so-and-so was allowed to do it’. YOU ARE NOT ALLOWED. Sorry if that seems harsh but that’s the law. Now there are places which are private land and don’t give a hoot or will give you permission if you ask nicely (train stations often fall into the ask nicely category), but it’s their decision.

If you’re standing on public land, or adopted highway (that could be privately owned but maintained with public money by the council) you can take photos. Private security guards don’t have the right to move you on, stop you taking photos or inspect your equipment. Some might try but they do not have right under the law (unless there are additional by-laws). The police, however, do have the right to move you on if they believe you are causing a nuisance or obstruction, for example, a tripod causing issues for people walking on the pavement due to its size and placement.

Are you allowed to take photos of people?

On public land yes, on private land no. However, this comes with a huge caveat as the law is much greyer in this area. Just because technically you might have the right doesn’t mean someone won’t try and sue you if they’re not happy about it. It also will be of little use if someone takes offence and smacks you in the face or smashes your camera. Essentially in this situation, the big danger is from someone taking offence, so don’t be a douche about it.

Can a bus driver stop you taking of photo of their bus, which may include them driving it, when on the public highway?

No. That said it won’t stop some of them trying which let’s be honest is bad customer service.

Can you take photographs on a bus in service?

No. The bus counts as private property. That said if you’re not causing any issues, are discrete and not upsetting any other passengers you will probably be ok. If, however, the driver asks you to stop you need to stop as the law is on their side.

What about all this GDPR stuff?

I have heard concerns that facial data can be considered biometric data and hence fall under the act. However, I’ve also heard that this will not be applied to ‘personal data processed for the purposes of “journalism, literature and art”‘. Essentially we’re all going to have to wait for some test cases to clarify things.

Obviously, this topic is huge and there are many more considerations. If you’d like to learn more about it I’d suggest doing your own research. Organisations such as the Royal Photographic Society and the National Union of Journalists provide advice for members. As a starting point though you could try the following online articles (but don’t forget the law can and does change so you need to keep up to date).

Also, I’m going to add that I am not a lawyer. This information is a condensed version of my own understanding of the law from my own research and published information.