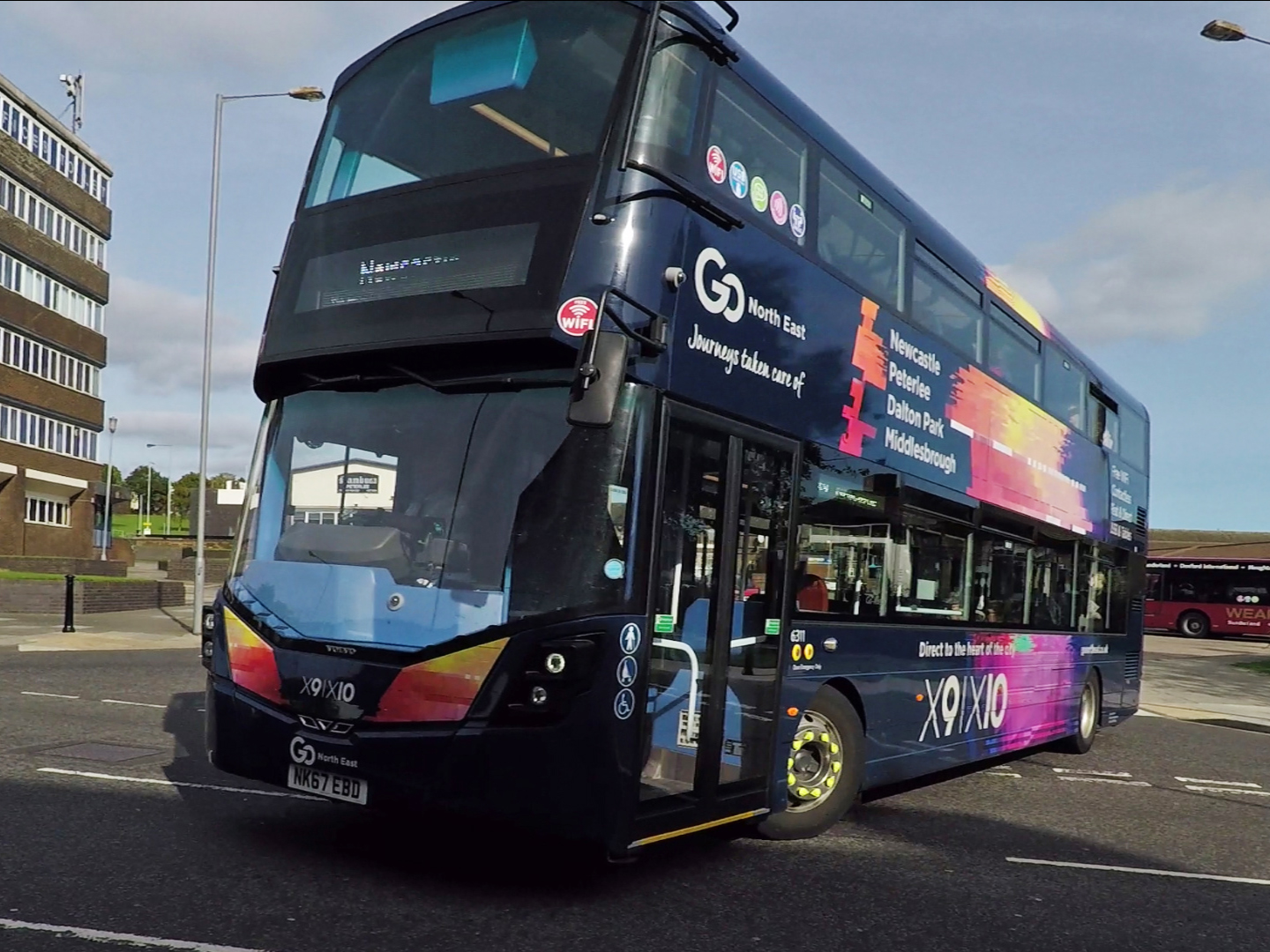 There are a lot of things I associate with Peterlee on the beautiful East Durham Coast, but sunshine in October isn’t normally one of them.  However, the sun was shining as I ventured out down to the bus station in the hopes of filming at least one of the new livery X9/X10 double deckers.

Go North East have recently revamped these express services which run between Middlesborough and Newcastle-upon-Tyne.  New buses, a new timetable and the addition of a stop off at Dalton Park just south of Sunderland.  I’d seen some of the new buses out and about but due to other commitments hadn’t been able to get out to film them.  Personally I think the new livery is an improvement as the old burgundy and gold which always looked very non-descript and a a bit drab to me when compared to all the other bright and punchy liveries you see on Go North East Buses.  The route had a bit of an unloved feeling as a result.

I knew I would also see plenty of other Go North East Buses, and a good smattering of Arriva, and positioned myself in my customary position and waited.  The X10 doesn’t come into Peterlee during the day so it would only be the X9 I would see, but they cross over close to Peterlee making it a good spot to see them fairly close together.  The first one to arrive was in the old livery, bummer, but after that they were the new ones.

The ‘via’ points on the side of this new livery are also listed in an odd order.  The route is listed as Newcastle, Peterlee, Dalton Park, Middlesborough up on the side of the first floor.  Peterlee and Dalton Park should be the other way round though for it to make geographic sense and not involve the bus doubling back on itself during the service (which it obviously doesn’t do).  No doubt it’s a genuine mistake made by someone that wasn’t picked up during the preparation of the new design.

All in all it was a pleasant time stood in the sun watching the buses going in and out of the station.  No doubt the weather won’t be this kind much longer as we head into winter, but thermals are something to worry about on another day.

You can see the footage from Peterlee Bus Station on our YouTube Channel where it is free to watch.  It’s also free to subscribe making it easier to hear about future videos when we upload them.

If you’re interested in finding out more about what Go North East have done with the X9/X10 service here is a link to their website with information about it.