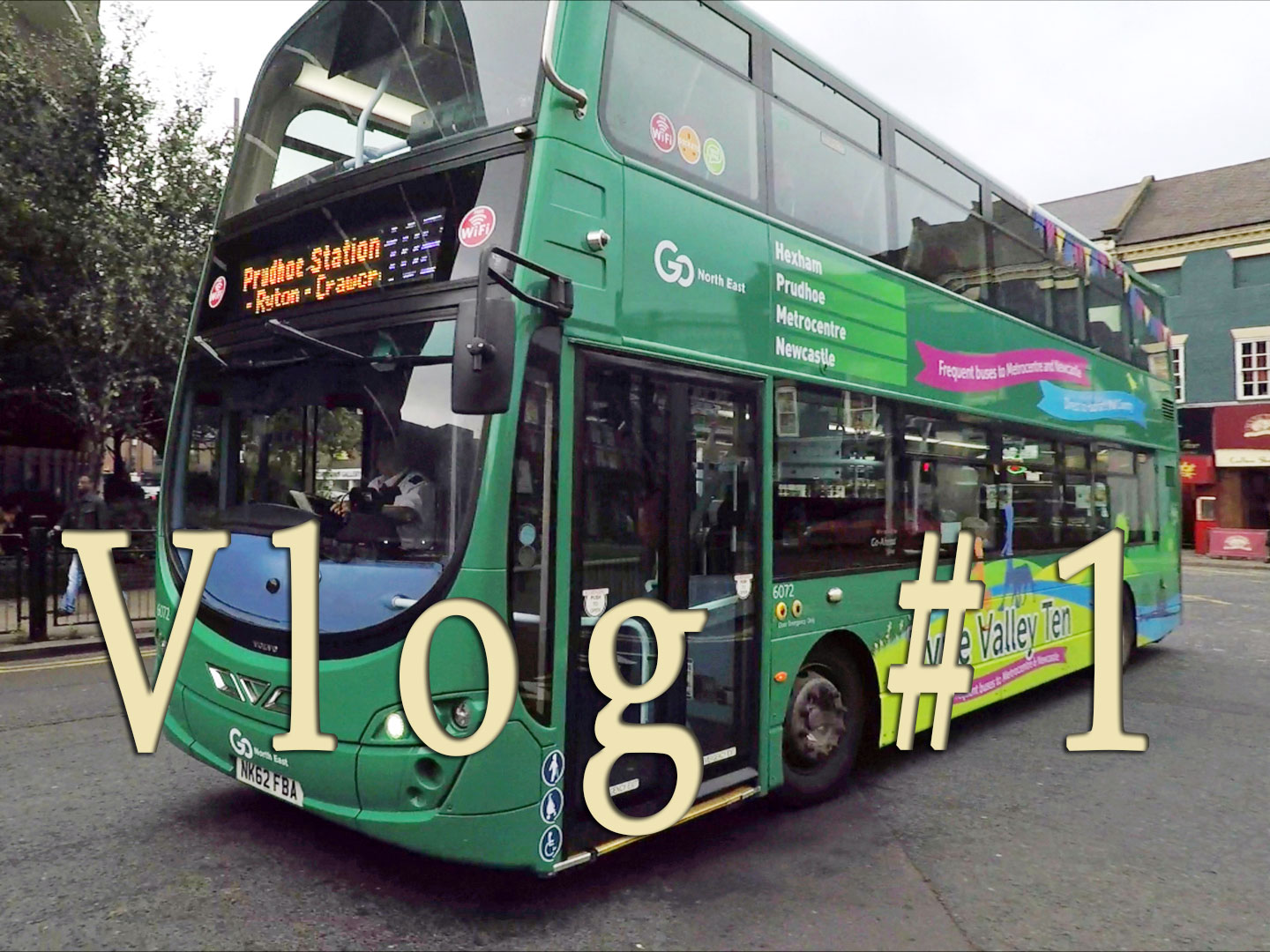 How come no-one vlogs about buses? Well maybe they do, but it’s certainly not common. As we go out and about we meet plenty of people doing photography and a fair few doing videos, but not vlogs. So I decided to give it a go.

I started with a trip to Newcastle, not only is it one of our ‘local’ cities but I’ve always found it good from the bus point of view. Plenty to see and you don’t tend to get hassled if you’re stood about with a camera. So when a ‘works’ thing came up which would give me a few free hours in the afternoon I decided to pack my camera and give a bus vlog a go. A vlog is essentially a blog made using video and as I walked down Northumberland Street in Newcastle talking to the camera it felt very weird. I felt as though I was on the wrong side of the camera, I’m always trying not to make noise when filming, not chatting away.

The weather wasn’t being very kind either with the tail end of hurricane Irma causing far to much wind and a horribly overcast sky. In fact, there are points when you can’t hear me talking at all, (I decided to put subtitles over those bits in editing), with the difference in the audio quality between the windy and non-windy footage being quite startling.

Bus wise I was hoping to get a bit more footage of the new X9/X10 Go North East buses and perhaps also some of their Blaydon Racer liveried buses. The last time I got to visit Newcastle with my camera the Blaydon Races livery was new out but I’d failed to get any footage I was really happy with. Of course, I was on the lookout for anything else of interest. You also get Arriva and some Stagecoach at the bus stations but as they have much more uniform livery I am usually so busy concentrating on my camera I can’t tell what’s new with their buses until I get home and go through the footage.

In the end I created 3 videos of the day.  The vlog and two more in the ‘regular’ style.  I’d also really love to know what you think of the vlogging idea.  I’ve created a few more now and they’re already up on the YouTube Channel, but I’ll write posts about them later.  Take care and hope to see you out and about soon…