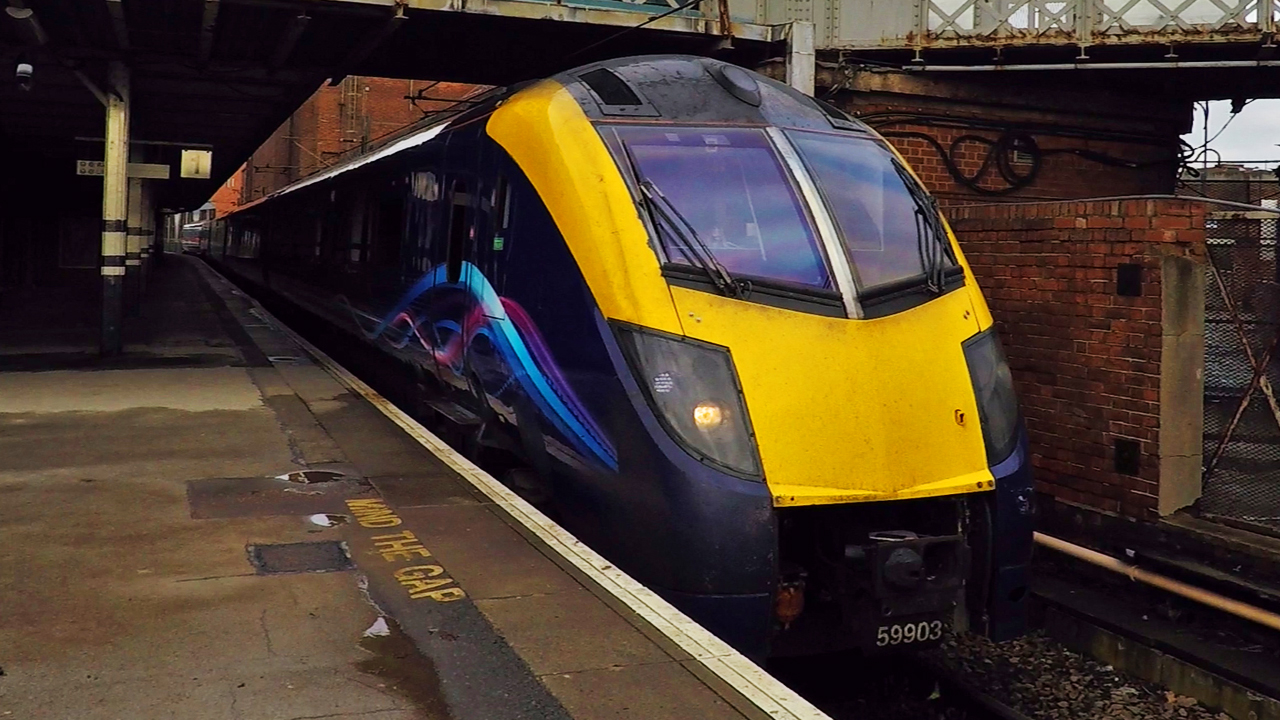 It’s always exciting and fun to visit new locations to see what buses we can find to photograph and film, but on a recent trip to Doncaster, I added trains into the mix before a surprise visit to Leeds.

January can be such a difficult time camera-wise with dark, damp, dreary and unpredictable weather conditions but when I needed to go to Doncaster to deliver some artwork for an exhibition we decided to pack our cameras just in case. Fortunately, the weather was kind to us.

We started outside the Frenchgate Bus Station with the sun shining overhead. Now normally this would make me happy but there are large glass panels on the building causing a variety of sunbursts and flare which were annoying. So after a while we separated, I went off to the railway station and Ian went off to look for alternative bus locations.

Now I’ve always had more than a passing interest in trains and can remember scaring my grandparents silly when I was small as I’d sneak off to watch the trains on the line near there house. I never ventured onto the track I might add, although I don’t think that did much to ease their nerves, however, was the first time I’d visited a railway station specifically to film.

I’ve got to say I really enjoyed being on the platforms with my camera and it was great to see how many other people were there trainspotting as well. I’d have loved to stay longer but time and tide wait for no man, let along a woman with a camera, so soon it was time to head back to the car. I reluctantly left the station to find Ian back at the previous spot now much happier as the sun had moved and was no longer causing him issues.

At this point, I assumed we were going home, and that was the initial plan but as we headed north on the A1 Ian suggested a detour to Leeds. This led to frantic searching on my phone, trying to find a car park that wasn’t stupidly expensive. Seriously why is parking so expensive in Leeds? Eventually, we ended up at the top of a huge multi-story near the railway station and set off on foot for the bus station. We knew we’d only have time to go to one and Ian wanted to check out the changes made to the bus station since his last visit a couple of years ago.

By the time we arrived the sun was already starting to cause very high contrast lighting conditions and wasn’t far from starting to dip behind the tall buildings. Not ideal by any stretch of the imagination but I got a small amount of footage and approached the visit as a scouting expedition.

All the videos are now up on YouTube including the vlog of the day. They’re free to watch and if you enjoy them please consider giving them a thumbs up.