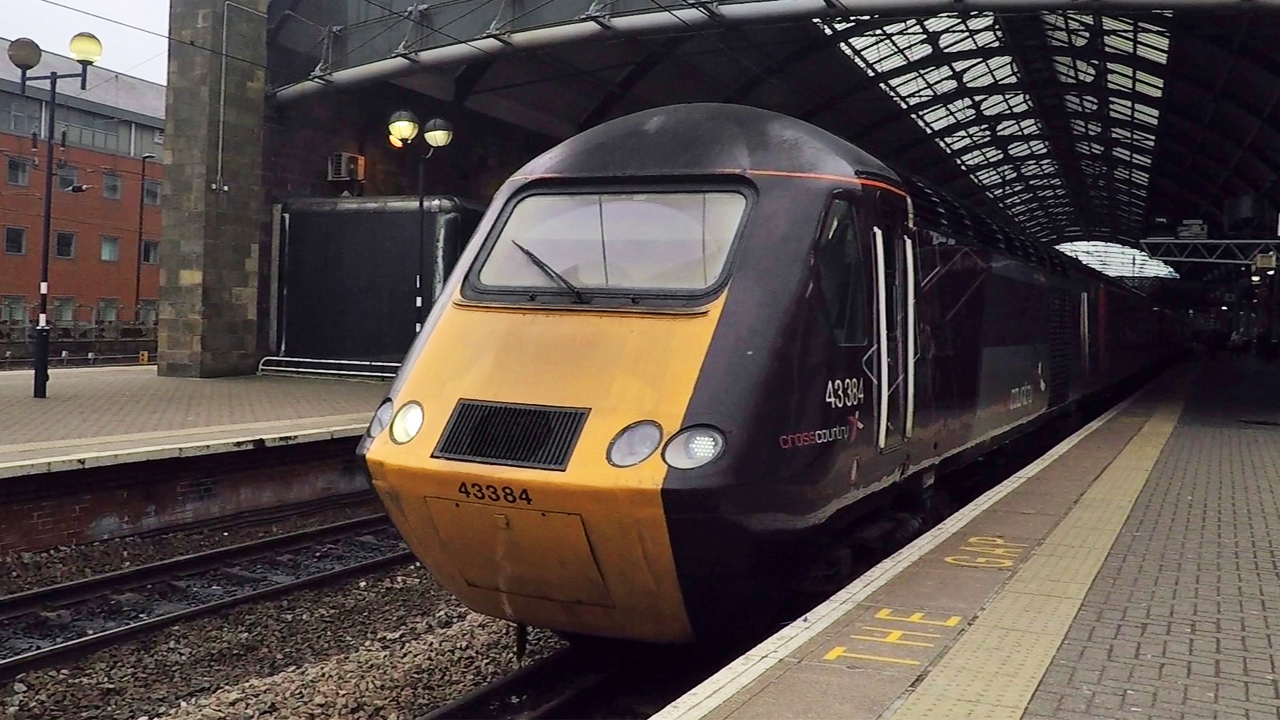 Last weekend we headed to Newcastle upon Tyne and, since I’ve filmed the buses fairly recently, I decided to head to Newcastle Central Railway Station instead for a spot of trainspotting. Due to engineering works on the lines outside the station to the west, towards the Gateshead Metrocentre, all trains were entering and leave via the eastern side. From a practical filming point of view, this makes it a lot easier as you can position yourself to get the trains arriving and leaving without having to move from one end of the platform to another all the time.

I love the feeling of being able to detach somehow and just watch the world. This happens to me a lot at some locations, especially with buses, where they almost seem to be doing some weird dance around each other. I never get the feeling if I’m just watching though, only when filming or taking photographs. After a while, it started to feel a little bit like this with the trains at Newcastle. I wonder if the controllers see it as a strange sort of dance?

Unfortunately, it was also perishing cold stood there on the platform and even with my big thick gloves on my fingers were soon like ice. Ian was elsewhere in the city centre concentrating on taking bus photographs but when lunchtime approached we met up and headed off for a nice pub lunch.

Suitably refuelled we then headed west to the Gateshead Metrocentre, and this leads to something that’s been puzzling me. Bus stations don’t, as a rule, allow you to photograph or film inside, yet railway stations are more than happy about it provided you follow a few simple sensible rules. Why is that? Why the difference? Is it historic? Cultural? Health and safety? So knowing we wouldn’t be allowed in the bus station area we headed straight to the coach park near the small train station.

As a result of the engineering works at Newcastle Central we knew that there would be very few trains through the station, but there would be some rail replacement services. As luck would have it they go from right beside our ‘usual’ spot where some of the bus services leave, so even though we didn’t have long because of the light fading we managed to get a few of those as well.

As always I’ve linked through to the videos over on YouTube, but this time I’m going to also ask you to seriously consider subscribing to our YouTube Channel, also called The Transport Lens. YouTube is changing their rules which will have an adverse effect on small channels like ours. Even though we get views they are looking for higher numbers of subscribers. So please consider helping us out and subscribing.

Take care until next time.